The 2013 dinner was also a resounding success and was the first for the ‘Old Morganians’ combined group at the Tudor Hotel, Bridgwater.

With the very recent change of speaker we were well entertained, in great hilarity, by local farmer and occasional after-dinner speaker, Peter Tinney.

I thought it only fair to let you know that I (and others) had a very succesful get together on 1st October. Clive Pay and wife Rosemary (they were at the reunion on 21st Sept) together with my wife, Liz and me, we went to Haygrove Academy at 1030 hrs. Karen Canham gave us a full conducted tour for over 2+1/2 hrs. She impressed me no end and compared to Charles Key, he was left in the starting box! With nearly 1100 pupils she has to be proactive and on top of events.

I was amazed at the wide range of activities available even a Mandarin class! I had expected perhaps 30/45 mins with her then a tour of the school with a pupil(s). She said “When you wrote, I put in my diary ‘all morning to be kept clear’ as I don’t have former pupils from 60 years ago popping in”. I felt real special!

We then had a 1300hrs booking at East Bower Inn (we were late!) where Clive Pay and I met for the first time in 58 years Clive Grant (and wife Jean), Michael Coombs (and wife Anne), and Eddie Crane. Graham Addicott wanted to be with us but could not make it from Kent. We had a leisurely lunch and departed just before 1600hrs. As Clive G said in an email to me “to fit 58 years into a few hours was always going to be an impossible task”. However a good time was had by all.

PS. Clive Pay emailed me through Friends Reunited some 7 years ago from Australia. As a result we have visited him twice in Adelaide. My wife has a son,daughter in law and grandchildren in Sydney

(Clive Pay came to the dinner but old friend John Summerhayes couldn’t be there, so they arranged this group meeting for 1st Oct instead.) 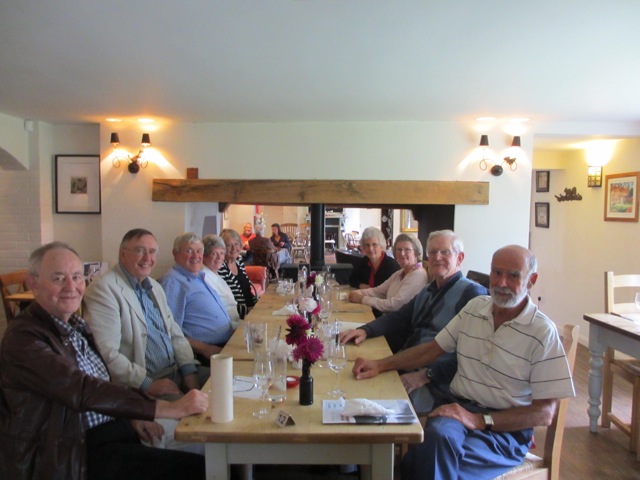